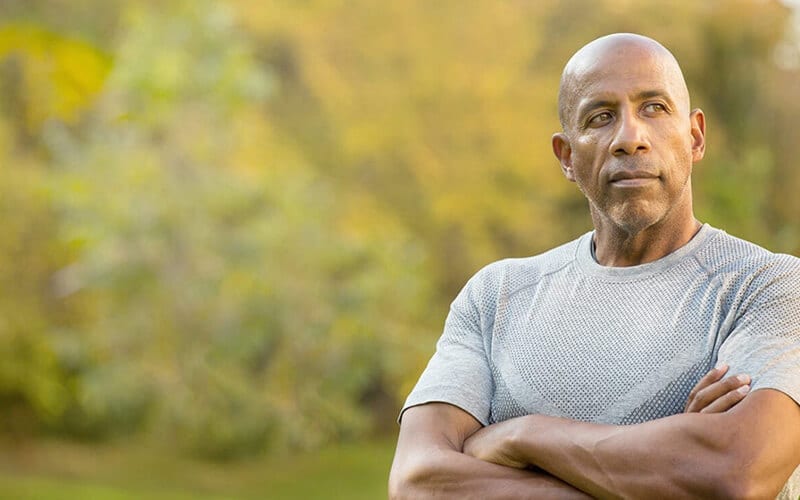 Like any health issue, it’s important to recognize that not all diseases, conditions, or risk factors can be isolated from the others. In fact, we often find that more than one condition or disease can exist in the same person at the same time. The medical field calls this “co-morbidity,” and it creates compounding problems for the individual. In men’s health in particular, erectile dysfunction and low testosterone levels (also called “low T”) can be co-morbid with (i.e., occur at the same time) cardiovascular diseases, diabetes, and osteoporosis.

What makes things more complicated is that just because two diseases or conditions are co-morbid doesn’t mean that we know which one caused the other. But don’t worry—a recent paper in Translational Andrology and Urology explored these complex relationships in depth.i

So let’s examine these findings together.

It is well known that as men age, they are at risk for two common conditions: low T levels and erectile dysfunction (ED). One studyii found in particular that the prevalence of ED in men aged 40 to 69 is as high as 52%. This same study also found that ED was more likely to be found in men with diabetes as well as heart disease.

This overlap is not surprising when you think about the risk factors these diseases have in common. According to the author, increasing age, smoking, and a sedentary lifestyle are all risk factors that can lead to the complex overlap of ED or low T levels with other diseases. Let’s look at the three of the diseases most commonly co-morbid with ED and low testosterone levels.

You might know that the relationship between cardiovascular diseases and testosterone treatments has been hotly debated. While two studiesiii, in particular helped to popularize the controversy, there were significant methodological flaws within the design of the studies such as the short length and skewed sample size.

What’s important to remember is recognizing the co-existence of testosterone treatments and cardiovascular problems is not the same thing as identifying causation. According to Dr. Chiles, “very little high quality research has been performed which can help elucidate the temporal relationship of these associated entities.”iv In other words, just because researchers can identify that testosterone problems and cardiovascular problems are often found together, this doesn’t mean that they’ve identified whether or not one causes the other.

In fact, this debate can confuse a more important dynamic worthy of study: not the testosterone treatments themselves, but the co-morbidity of low T levels or erectile dysfunction with men’s overall cardiovascular health.

In fact, in one cross-sectional studyv, researchers found that low T levels actually increased the risk of cardiovascular mortality. In another studyvi, researchers suggest that any men exhibiting ED could be at risk for cardiovascular diseases in as soon as five years after the onset of the dysfunction. If you’re struggling with ED or low T levels, reach out to your Revibe Men’s Health medical provider for more information.

Diabetes is an increasing threat to worldwide health, and it’s not surprising that there’s a strong relationship between diabetes and ED. They both share the same risk factors, like obesity, a sedentary lifestyle, and aging. The author put it this way: “Men with diabetes not only have more severe ED, but they also have the greatest concomitant decrease in quality of life, and the poorest response to medical management.vi”

With such a serious impact as this, some researchers are now looking at ED as a possible way to identify men who are at risk for diabetes. According to the paper, there are no conclusive findings as of yet.

Low T levels are also associated with diabetes. In one study,vii  researchers examined the health data of 6,427 men and found that testosterone levels were significantly lower in men with diabetes.

More and more research is available to demonstrate the relationships between testosterone levels, bone and muscle health, and bone-related diseases such as osteoporosis. In one study,viii 198 men were told that they were being treated with a testosterone hormone, and then a random half of the group receive a placebo instead. For the half that received the placebo, they saw a decrease in muscle mass as well as bone density. This was a significant finding, since this weakened bone density can lead to osteoporosis and osteopenia.

Low Testosterone levels and Erectile Dysfunction clearly overlap with a variety of issues related to men’s health. As stated earlier, just because there are associations does not mean there is causation, and ultimately there is much more research to be done on common risk factors, co-morbidities, and how testosterone levels can impact men’s health for the better.

If you would like to learn more about any of these issues, we encourage you to book an appointment at one of our 12 locations today.