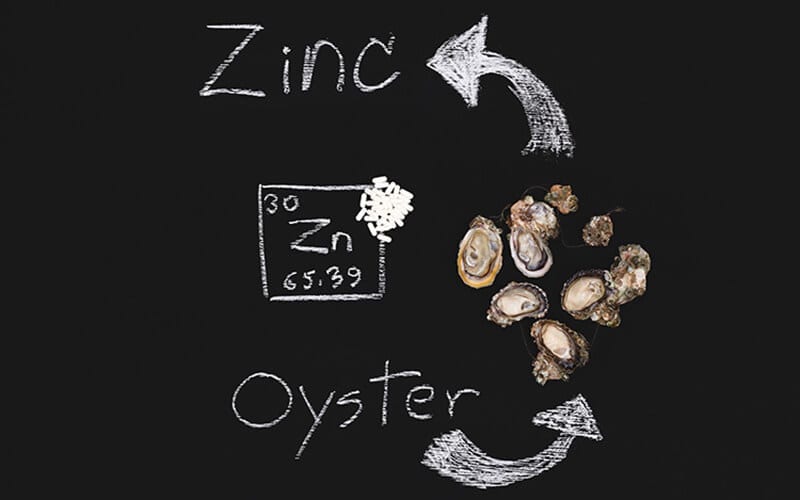 Searching for romantic satisfaction through your diet is not a new concept. The notion that food can enhance intimacy has been around for centuries, and some cultures have advocated eating bizarre foods to heighten vitality!

An aphrodisiac is a substance which arouses or intensifies sexual pleasure, desire and performance. Although the Food and Drug Administration maintains that aphrodisiacs are essentially myths, many people continue to swear by and endorse their power.

With National Oyster Day rapidly approaching, let’s turn our focus to the oyster.

Since Aphrodite, the Greek goddess of love, beauty, pleasure, and procreation, was born from the sea, many types of seafood are reported to have legendary aphrodisiac properties. The most famous of which is the oyster.

The link between sexuality and consumption of raw oysters dates to the ancient Roman empire, when the Emperor Vitellius apparently consumed some 1,200 oysters at a feast in the year 69 AD. According to Giacomo Casanova’s personal memoirs, he would eat dozens of oysters, starting during breakfast, in hopes of boosting his mojo.

In 2005, scientists announced that there is some truth to the idea that bivalve mollusks (clams, oysters, mussels and scallops) get men and women physically excited. In this study, scientists used liquid chromatography to isolate specific amino acids, D-aspartic acid (D-Asp) and N-methyl-D-aspartate (NMDA) from mollusks. When these amino acids were injected into rats, they worked with other chemicals to increase testosterone production in male rats and progesterone in females. These hormonal shifts were postulated to impact and enhance libido. The effect of D-Aspartic acid in humans remains under investigation, however it may increase testosterone in sedentary men, according to a 2015 study published in the Journal of the International Society of Sports Nutrition.

What we can be certain of is that oysters are extremely rich in zinc, which is essential for testosterone production and maintenance of healthy sperm. Oysters also boost dopamine, a hormone that increases libido in both men and women.

As stated, low testosterone is often the culprit for a low mojo. A thorough history, physical exam, review of medications and complete battery of blood work to check hormones should be done. Sometimes some medications will zap your interest or affect your performance, so review the meds your taking.

Directions:
Place rock salt, about 1/2-inch thick on a platter and heat in the oven. Place oysters on the half shell on the hot salt. Broil for 5 minutes.
In a food processor, pulse shallots, thyme, spinach and celery. In a saucepan, combine the water, the oyster liquid and the Worcestershire sauce and boil vigorously for about 5 minutes. Add the vegetables and cook about 20 minutes or until it thickens to a thick sauce. Stir in the butter until melted and remove from heat, stir in the Herbsaint. Pour sauce over each oyster, sprinkle with bread crumbs and return to the hot oven for 5 minutes. Serve piping hot.

Fried Oysters on the Half Shell with Bacon Horseradish Hollandaise

Directions:
Drain oysters and toss with Crystal and egg. Marinate oysters, chilled and covered, for at least 2 hours and up to overnight.

In a deep heavy saucepan heat about 2 inches oil until it registers 350 degrees on a deep-fat thermometer.

Make 3-2-1 breading:
In a large bowl combine all ingredients.

Toss oysters in breading, shaking off excess, and fry in batches of 6 for about one and a half minutes until golden brown,, making sure oil returns to 350 degrees before adding more oysters. Drain on paper towels and season with salt.

To serve, arrange rock salt on 4 plates. Arrange oysters on half shells and place over salt. Top each oyster with a teaspoon of hollandaise.